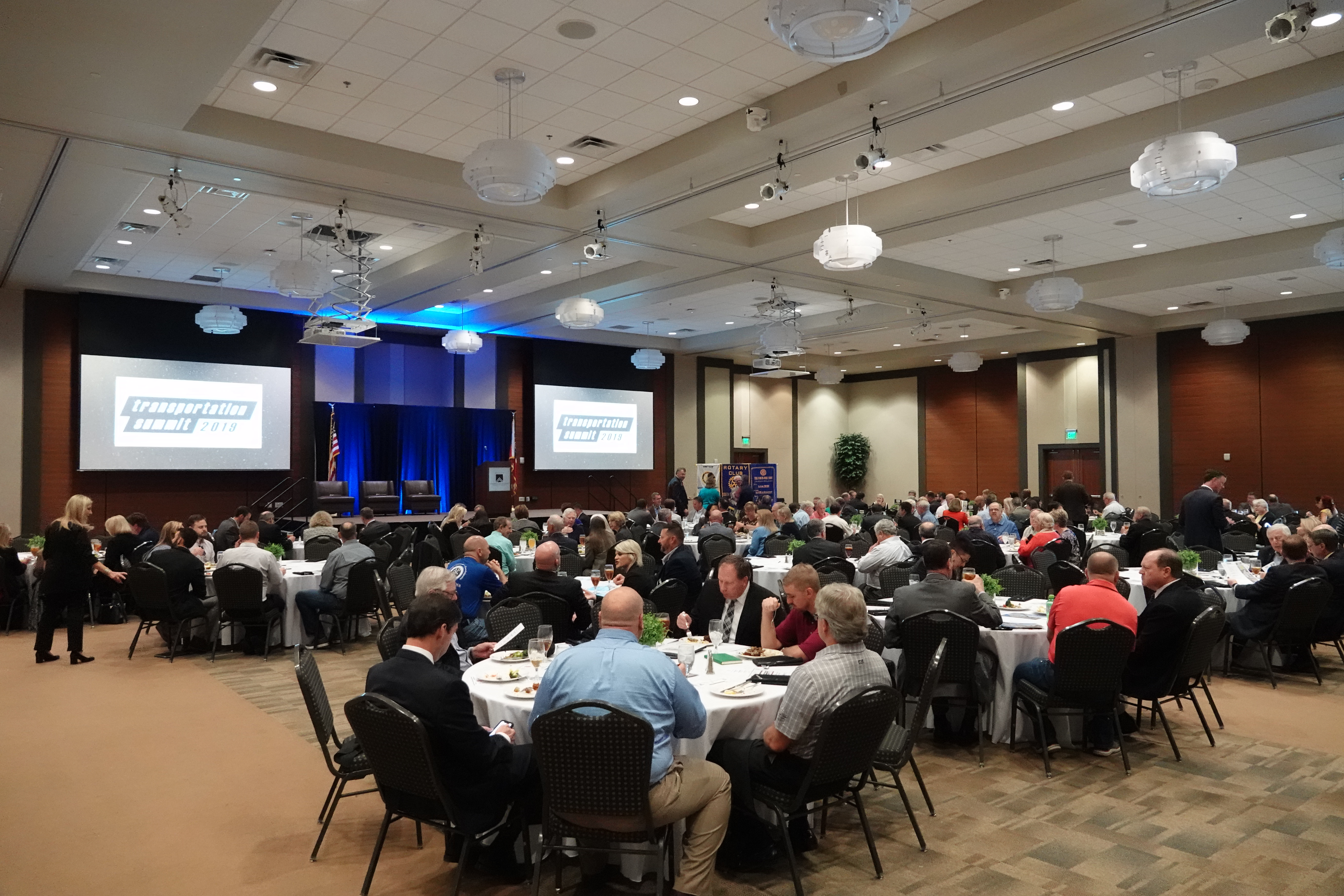 On April 10, 2019, the Cumming-Forsyth County Chamber of Commerce held a summit to discuss issues affecting transportation in the county. This is the sixth year of the annual transportation summit. This year the summit featured a panel which included State Representative Kevin Tanner, Executive Director of SRTA & GRATA, Chris Tomlinson, & Georgia Department of Transportation (GDOT) Commissioner Russell McMurry.

Throughout the summit, speakers and attendees focused on the current state of transportation projects in the county. The county has partnered with GDOT on several critical projects, like the widening of Georgia 400 and the building of the Highway 369 bridge. But having said that, there is more work to be done. Ultimately, GDOT commissioner Russell McMurry said that a transit study will be administered in the county in order to understand what locals want and need from local transportation.

Then there was a discussion of current highway projects. In Forsyth County itself, Assistant County Manager Coleman stated that three road widening projects are expected in 2019. These include the widening of Bethelview Road and Pilgrim Mill Road, with many of the projects expected to be completed later this year or next year. Other projects include the widening of Old Atlanta Road and a project expanding Ronald Reagan Boulevard from McFarland Parkway to Majors Road.

With all of these projects in progress or on deck, Forsyth County residents should be sanguine about the future. The county has been proactive in working with several groups like GDOT and the Atlanta-Region Transit Link Authority (“ATL”) to make travel easier throughout the county.

One of the more promising partnerships has been with the ATL. The ATL, established in 2018, was designed to provide coordinated transit planning and funding for the metro-Atlanta region. The ATL has been tasked with developing a regional transit plan for a 13-county area—including Forsyth County—and it has worked closely with Forsyth County officials to make tangible progress with its mission. While it is still a work in progress, Forsyth County officials are confident that their partnership with the ATL will lead to transportation improvements throughout the county.

Ultimately, along with consistent improvements to Forsyth County’s roads and highways, county officials are looking at the future. Specifically, they are seeking to incorporate new, disruptive technologies into the county’s transportation system. At this year’s Cumming-Forsyth County Chamber of Commerce Transportation Summit, state representative Kevin Tanner spoke about the county planning for new technologies like electric bicycles, autonomous vehicles, and even air taxis. As for autonomous vehicles, 5G technology—which would power these self-driving cars—is already being installed in Forsyth County. And by this time next year, the state of Georgia will have the largest deployment of traffic signals that can actually communicate with vehicles. All of this means that Forsyth County officials are planning for a transportation future that looks much different than today.

Even though it is unclear when self-driving cars and air taxis will become viable transportation options, county officials are ready to take advantage of these technologies. This bias in acting to tackle transportation issues within the county is certainly promising. Entrepreneurs and business owners can rest assured that the county is being proactive to continue making Forsyth County a terrific place to do business.

What This Means for Businesses

The future of Forsyth County is certainly promising—especially if you want to move to or start a business in the county. There are a number of local incentives that you can leverage when establishing your business in the county, including property tax abatements, a 100 percent exemption on local inventory taxes, bonus tax abatements for green developments and manufacturers, and equipment upgrade rebates. Along with a business-friendly environment, the county is one of the fastest growing in the country. Business opportunities, high quality-of-life, and high health outcomes among its residents are just some of the many reasons why Forsyth County is one of the state’s most exciting counties.