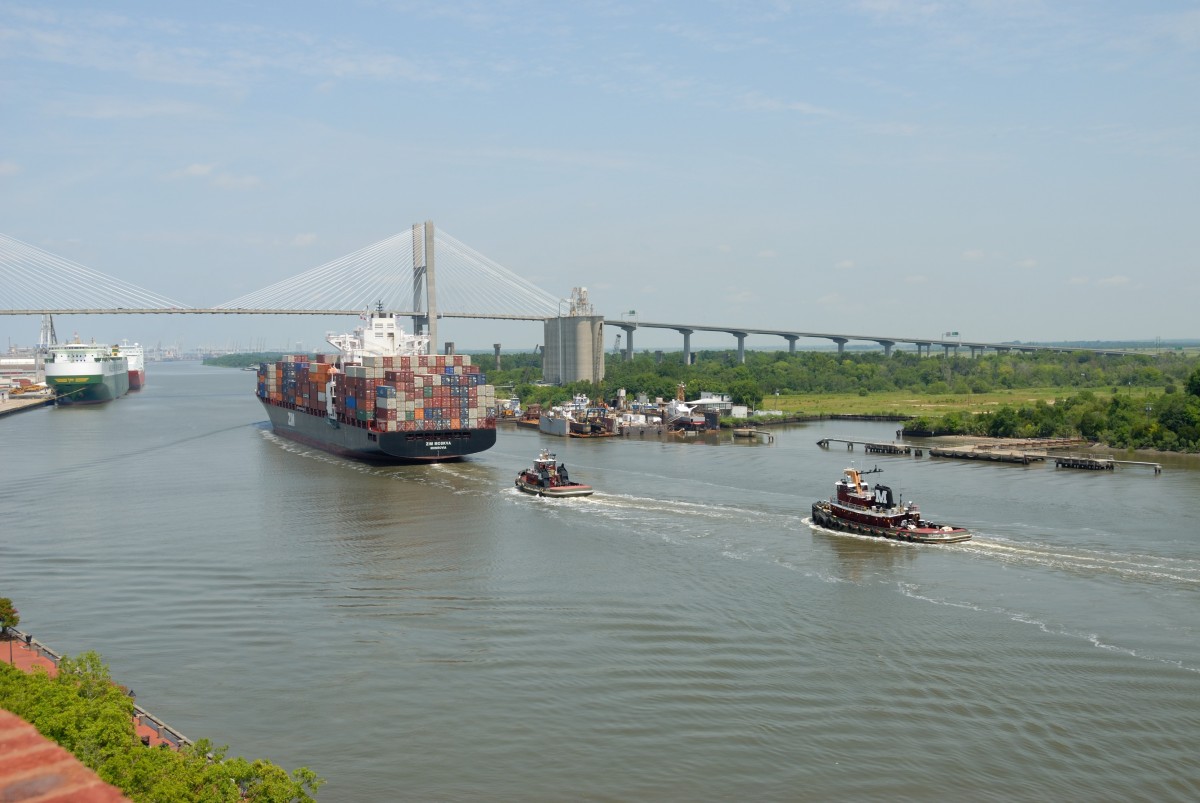 Georgia is one of the most exciting states for small and large business owners. Local and state governments continue to entice businesses through favorable tax credits and tax incentives. The Georgia state government must pass a balanced budget every year and Georgia is one of the few states that has a AAA bond rating according to Moody’s, Fitch, and Standard & Poor’s. Employers—regardless of the size or sector of their business—can also leverage the power of Georgia’s educational institutions. These elements and more contribute to the wealth of resources at the fingertips of Georgia businesses. But having said this, Georgia has one additional advantage that not only serves small and large businesses alike, but that creates significant value for all Georgia citizens.

The Port of Savannah

One of the most exciting developments in Georgia’s infrastructure has been the creation of the Port of Savannah. It unlocks tremendous value in the state due to its size and scope. In fact, the Port of Savannah is the largest single container terminal in North America. Behind Los Angeles, it is the second busiest container exporter in the United States. The port is comprised of two deepwater terminals called Garden City Terminal and Ocean Terminal. The Port of Savannah, every year, moves millions of tons of containerized cargo.

It is a major hub, providing Georgia businesses with access to major markets around the world. The port itself is located about four hours from major markets like Atlanta, Orlando, and Charlotte. For instance, Forsyth County, one of the most exciting counties for business in Georgia, is only four and a half hours from the Port of Savannah via I-16. The port has immediate access to I-16 and I-95, which are two major interstates in Georgia. The port also has 9,700 feet of contiguous berth space and has over three million cubic feet of warehouse space available within 30 miles.

Unlimited Possibility For Your Business

The Port of Brunswick

The Port of Savannah is just one of those port facilities that spur business growth and job creation within the state. In addition to that port, the Georgia Ports Authority oversees the Port of Brunswick, which is one of the fastest growing auto and heavy machinery ports on the continent. It has become integral for several industries: 12 auto manufacturers use the Port of Brunswick to transport goods. It is also the home of the fastest growing bulk export and import operation in the South Atlantic.

In addition to the robust Port of Brunswick, the Georgia Ports Authority has announced plans to develop even more inland ports. One of those ports is the Northeast Georgia Inland Port. The Northeast Georgia Inland Port—located near Gainesville—will serve the manufacturing and logistics corridor along Interstate 85. Specifically, this region within the state of Georgia is critical for the production of heavy equipment, food, and forest products.

Not only will the Northeast Georgia Inland Port facilitate the transport of goods for these industries. The port will also help alleviate traffic for all Georgian citizens. This is because Norfolk Southern will provide direct rail service from Gainesville to the Port of Savannah (and vice versa). This increased access to rail will reduce congestion on Georgian highways while also increasing logistical options and overall logistics efficiencies.

Currently, to ship goods through the Port of Savannah, businesses likely need to send your goods by truck in order to reach the port. This trip could be up to 600 miles roundtrip. With new rail service provided by Norfolk Southern, you and your business can leverage this alternative option to send goods to the port. Not only does this new rail service lower your costs, but it reduces the number of trucks on Georgia highways. The Northeast Georgia Inland Port is one of the most exciting projects spearheaded by the Georgia Ports Authority. It is another sign of the business-friendly nature of the state.

Connecting You to the World

Both the Port of Savannah and other initiatives spearheaded by the Georgia Ports Authority are unlocking tremendous value within Georgia. Not only do these ports and projects decrease costs and create opportunities for SMEs and large corporations, but they also provide significant benefits for all Georgian citizens.

Port development in Georgia is truly a win-win for all involved parties. Regardless of the future macroeconomic conditions nation-wide, both the public and private sectors of Georgia’s economy are doing their part to make Georgia a terrific business ecosystem. From the smallest municipal government all the way to the Governor’s office, Georgia’s elected and unelected officials are doing their part to nurture a stellar business climate. Whether you work for or own a small or large business, you will undoubtedly find some unique opportunities to grow your business within the state.